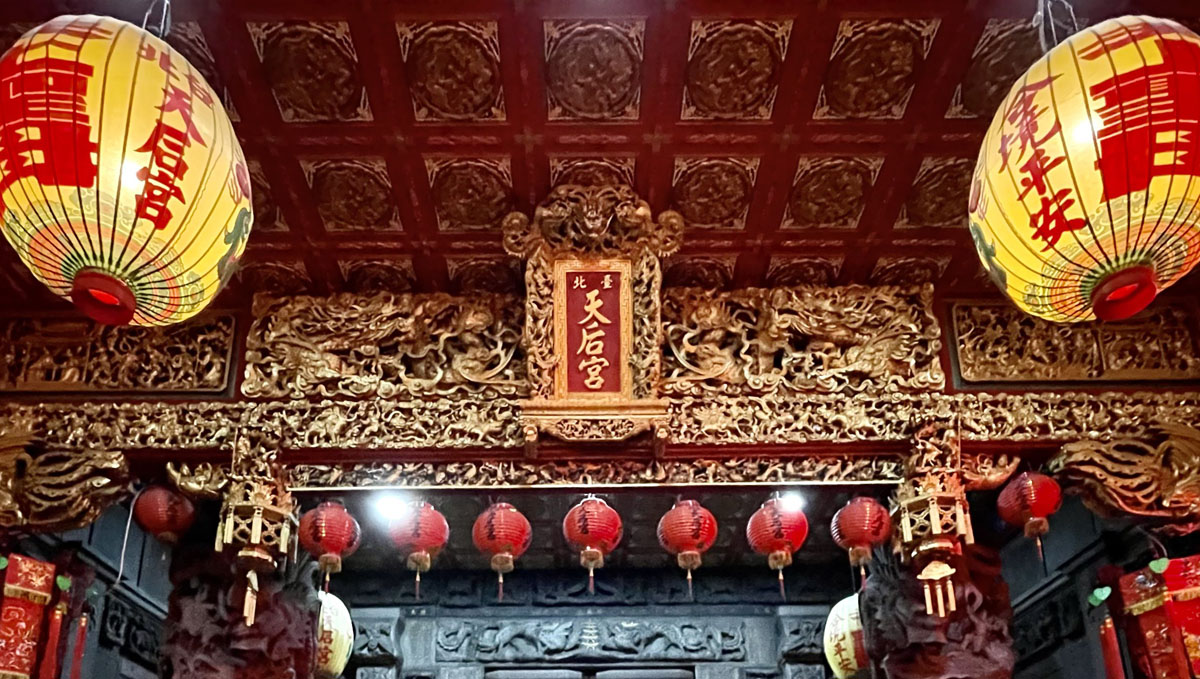 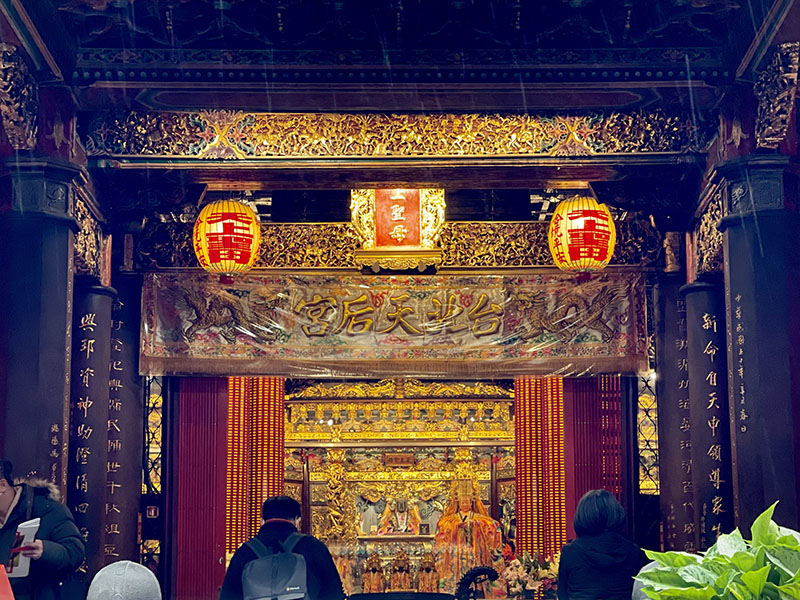 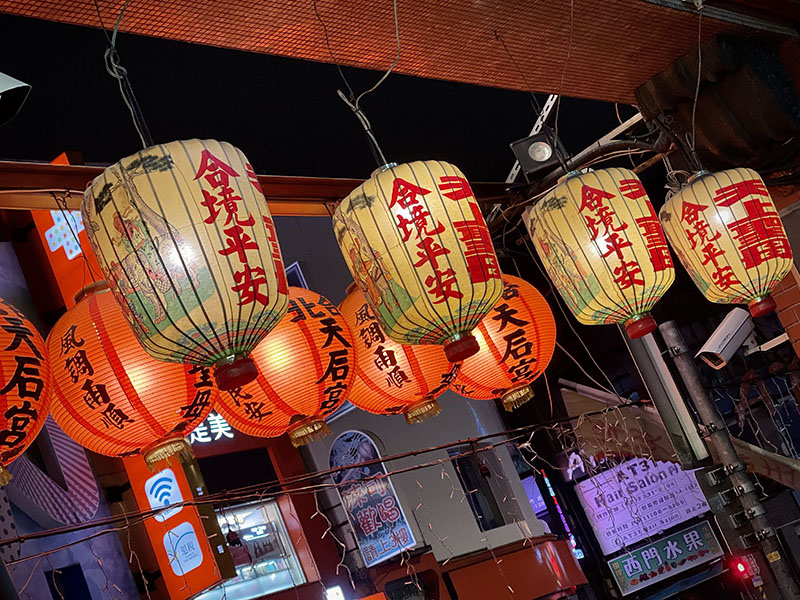 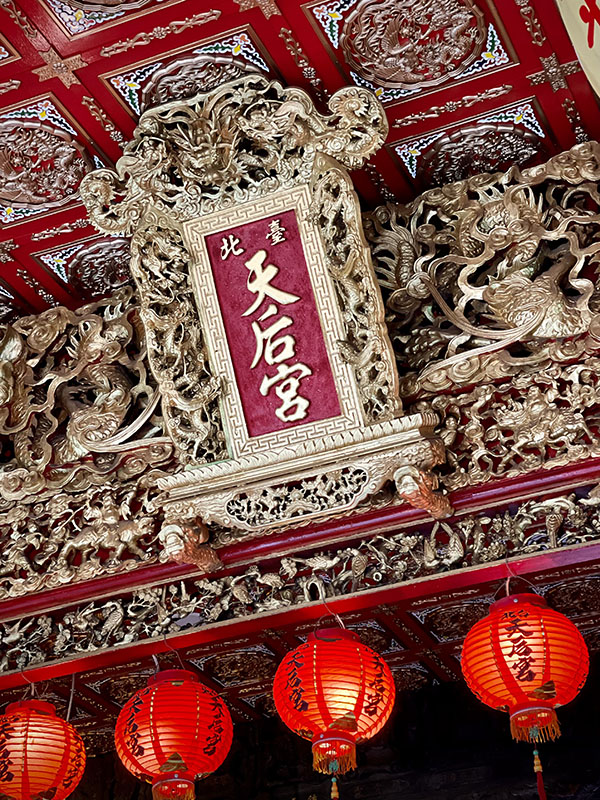 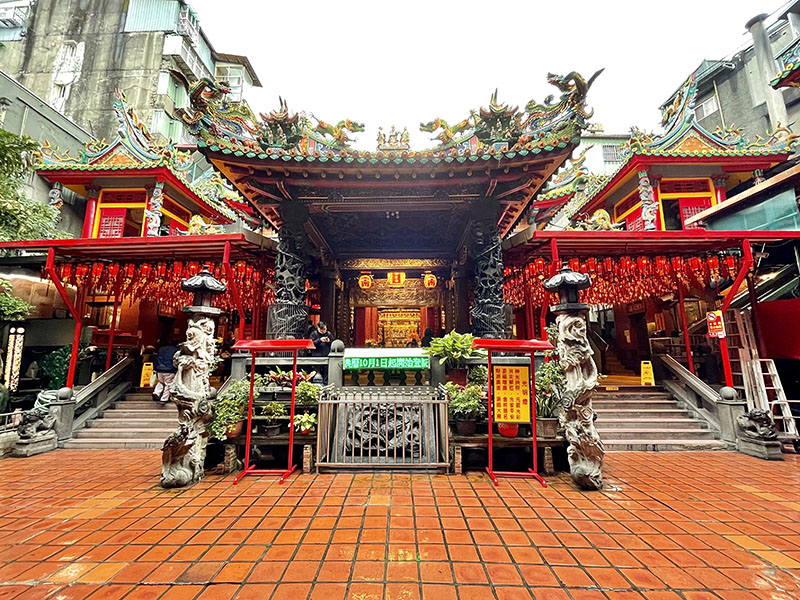 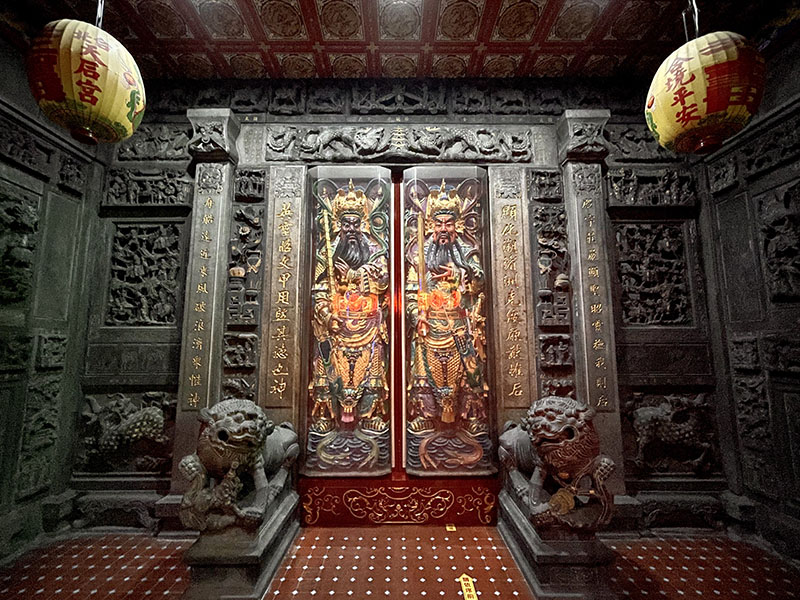 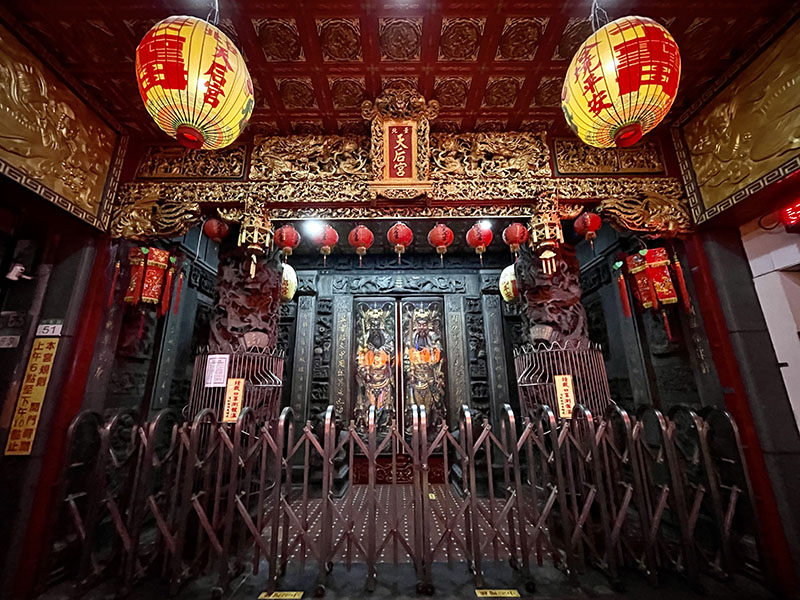 Built in 1746 in Mankah as Xinxing Temple (Mankah Mazu Temple to the locals), Taipei Tianhou Temple (literally means: the temple for the “Heavenly Queen”) was once demolished for air raid roadwork during the Japanese Colonization period, and the Mazu deity consecrated in the temple was temporarily moved to the rear hall of Longshan Temple by pious believers.

After WWII, Huang Qi-ruei, commissioner of the Education department of Taipei City Government at the time, applied to the central government for moving the deity into the Xingaoyeshan Hongfa Temple in Ximending out of gratitude for the blessing and grace of Mazu of Xinxing Temple, and this request was successfully approved. On the first day of  the sixth moon of the lunar calendar 1948, the deity was moved into the new temple with Xinxing Temple followers greeting along the way with utmost, reverent respect.

Despite the fire, reconstruction, and reorganization of the Taipei City Government later on, none of these tests ever changed the faith of believers. The candles and incense of the former Xinxing Temple has continued to burn for the past 260 years, witnessing the development in the Mankah Area and Ximending, and the establishment of historical status of the Tianhou Temple. 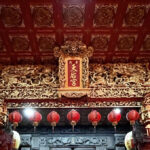 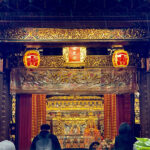 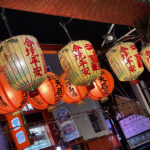 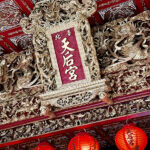 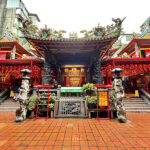 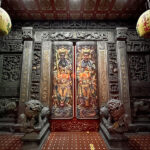 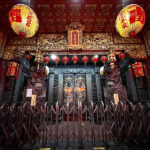