Ximen, or Ximending 西門町, in Taipei, Taiwan has almost everything a tourist could ask for: interesting places to see, beautiful historical sites to visit, and most importantly, delicious food to try. Here is a small list we’ve compiled of the best places to eat in Ximen: 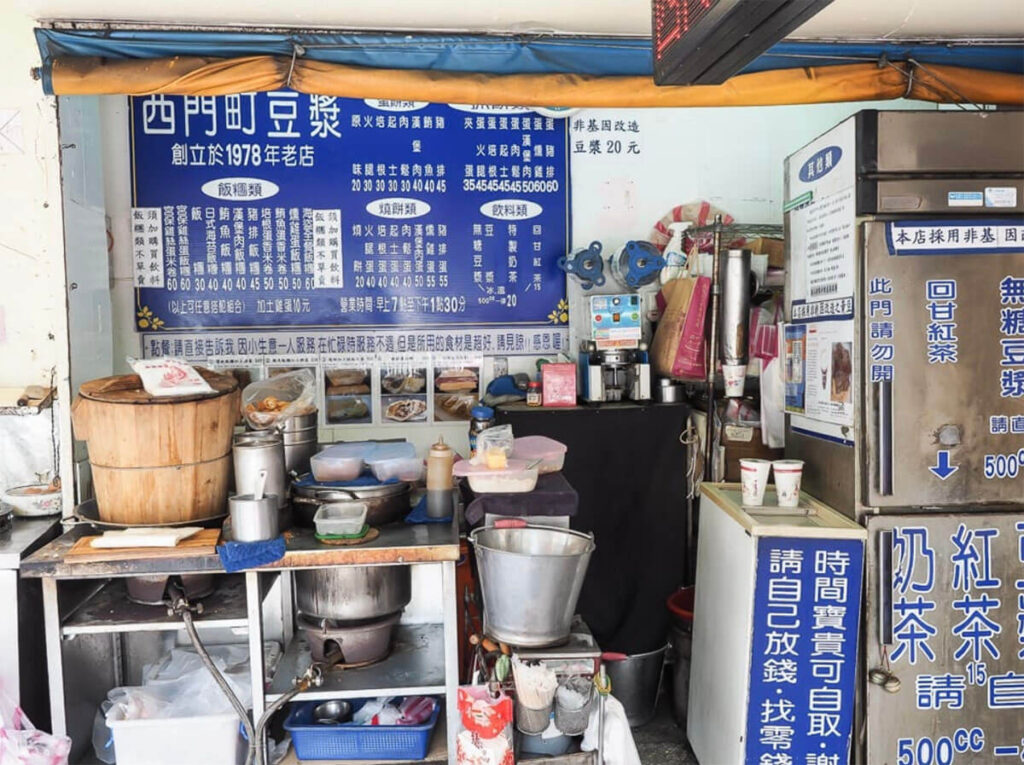 You can’t have a good breakfast in Ximen without trying Ximending Soy Milk, a humble stall that has been around since 1978. As opposed to its name, the stall offers more than just its signature soy milk—they also have a handful of breakfast and snack foods such as dàn bǐng 蛋餅 (egg pancakes), cōng yóu bǐng 蔥油餅 (scallion pancakes), and fàn tuán 飯糰 (rice rolls).

*Note: This is not the same as Yonghe Soy Milk King, which is located not only in Ximen but all over Taipei. 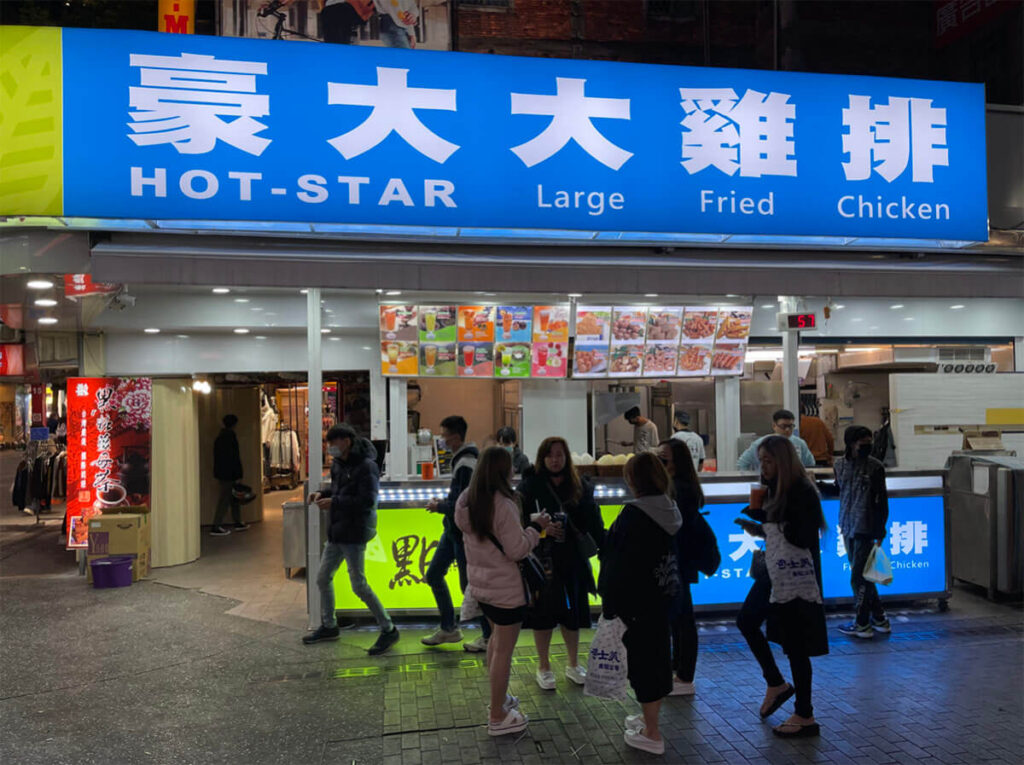 Hot-Star is one of the most popular food hunts in Ximen and their chicken is hailed as Taiwan’s number 1. They serve a variety of finger foods and fried snacks, but nothing is more iconic than their XXL fried chicken steak—a whopping (approximately) 30 centimeters, almost the size of an average human face!

Hot-Star has also branched out all around the world, including Hong Kong, Philippines, Canada, Australia, and more. 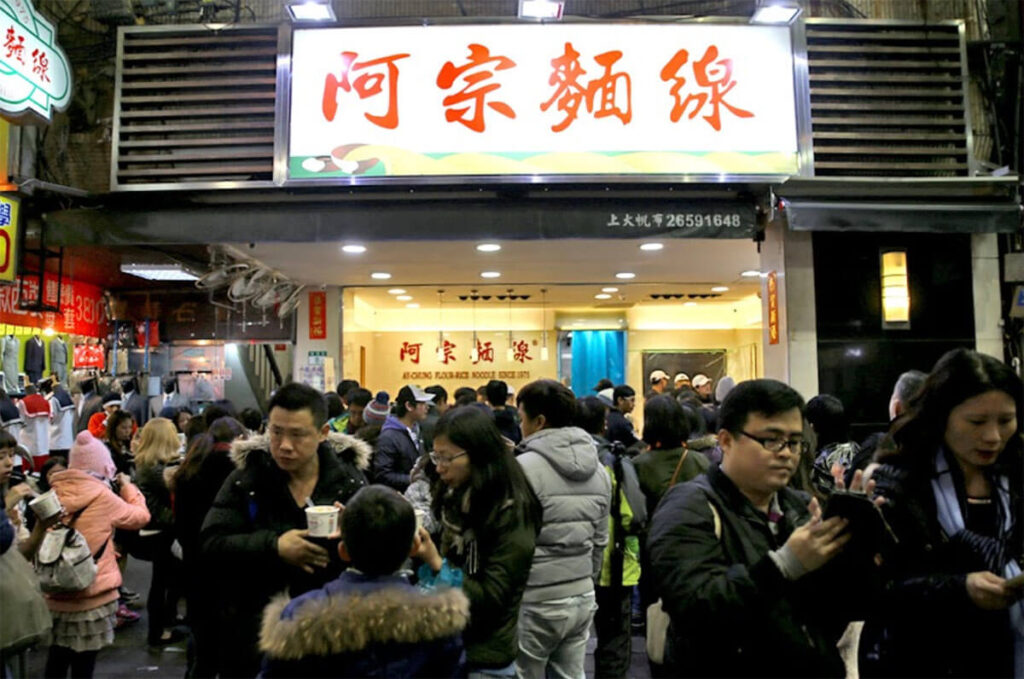 A timeless classic street food that most Asians, but especially the Taiwanese, love is mian xian (flour-rice noodle/vermicelli or, locally, mee sua). One food stall that stands out from all the rest is Ay-Chung Mian Xian. It serves only mian xian but it’s considered as the best in Taiwan, serving since 1975.

A fair warning that the stall has neither tables nor chairs, but you’ll find it a somewhat interesting experience to eat (and slurp) with other “diners” just gathering outside the stall. 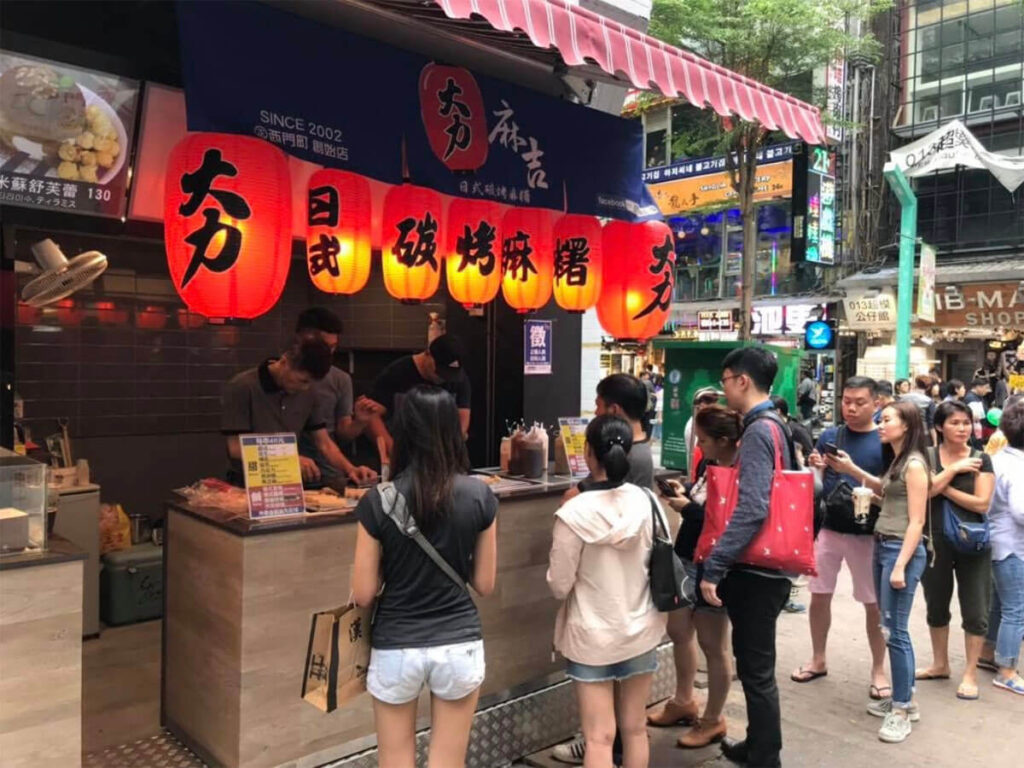 If there’s one Ximending street food that takes things to a whole new level, it’s the Okinawa Japanese Grilled Mochi in Emei Street. Muah chee (glutinous rice snack) is popular all over Singapore and Malaysia, but the grilled version in Ximen brings out its flavor, with an array of sweet and savoury toppings to choose from. 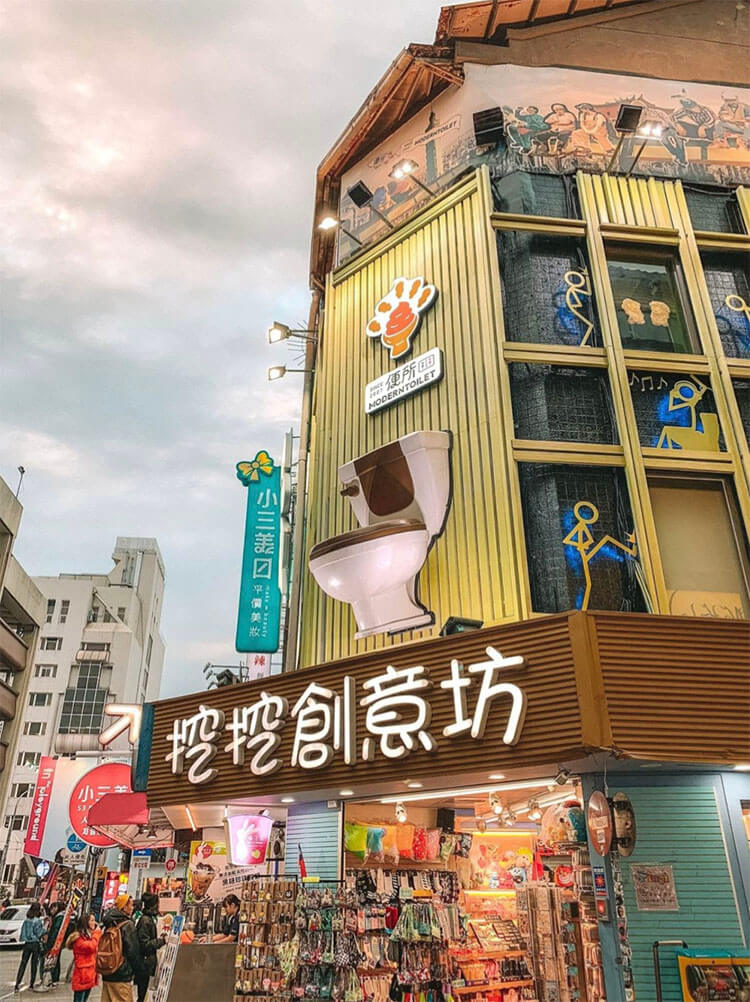 Image courtesy of Caroline and Neil of CK Travels

If there’s one restaurant that would make your trip to Ximen all the more interesting, it’s the Ximen Modern Toilet Restaurant. Just as its name suggests, it’s a restroom-themed restaurant where you can sit on (clean) toilet seats while you eat, the menu is in the shape of a toilet seat lid, and some food either served in bathtubs or even (appetizingly) shaped like poo!

It’s certainly a novel and bizarre way to dine. They serve a variety of mixed Italian-Asian cuisine, and the most popular item on the menu is their poo-shaped shaved ice cream.

Ximending is a great place for foodies to explore, and those that we have listed here are but a few of the highlights. We highly recommend checking out their various Night Markets too where you can explore hundreds of food stalls and experience local Ximending nightlife.